The goal of the Newborn Screening Program is to identify those babies who have a treatable disorder detectable through newborn screening. Without newborn screening, these affected infants may not otherwise be diagnosed soon enough to prevent serious health problems, including mental retardation, blindness, liver problems, or even death. Early diagnosis and treatment can make the difference between lifelong impairment and healthy development. Most likely, your baby will not have one of these disorders and you will never have to think twice about this test. But for the small number of babies who DO have one of these disorders, newborn screening can make a lifetime of difference.

Newborn Screening Program can assist in diagnosing metabolic disorders during the newborn period that previously were diagnosed only after symptoms developed. Presymptomatic detection now allows treatment initiation while the infant is healthy and assists in defining the spectrum of clinical disease related to these disorders.

PKU
Newborn Screening Program can be used advantageously to screen for selected amino acid disorders for which other newborn screening methods are used. For example, MS/MS can accurately detect elevated phenylalanine levels in dried blood spots taken from infants as young as age <24 hours. By using the MS/MS-detected phenylalanine/tyrosine ratios, physicians can diagnose PKU earlier.

PKU Case studies: A family with two PKU boys were diagnosed in 1996.  Ernest the youngest was diagnosed on 3 months.  Jack the eldest was then also tested and what a shock to the family, both the boys with the same metabolic disorder.  Jack was diagnosed too late and his milestone development was delayed.  Ernest has no back log.  If newborn screening program were available to these babies Jack would have been diagnosed on time and with the necessary treatment his milestone development would not have been impaired. 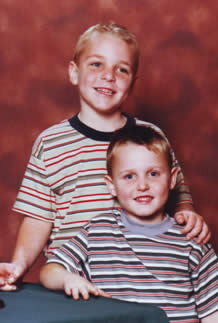 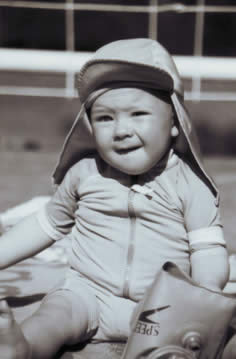 For example, presymptomatic MCAD-deficiency detection might lead to decreased morbidity and mortality among infants, whereas evidence regarding outcomes for other fatty acid oxidation disorders is lacking (35).

MCAD Case:
At the age of 2years and 2 months this boy was diagnosed with MCAD.  He was rushed to hospital after some diarrhoea and vomiting – he started displaying nervous sighns.  He rapidly became severly ataxic, disorientated and almost comatose.  He is developing normally and is a happy, healthy little boy after treatment.

Newborn Screening Program can assist in diagnosing metabolic disorders during the newborn period that previously were diagnosed only after symptoms developed. Presymptomatic detection now allows treatment initiation while the infant is healthy and assists in defining the spectrum of clinical disease related to these disorders

Another challenge to Newborn Screening Program is the definitive diagnosis of metabolic disease is that persons with one of these disorders might by affected in different degrees of severity (i.e., clinical heterogeneity) with varying physical and biochemical manifestations. Opinions differ as to where to draw the line on the diagnosis of infants as affected or not by a particular disorder. In using MS/MS technology, clinical heterogeneity presents challenges in setting cutoffs to minimize the frequency of false-positive and to prevent false-negative results.